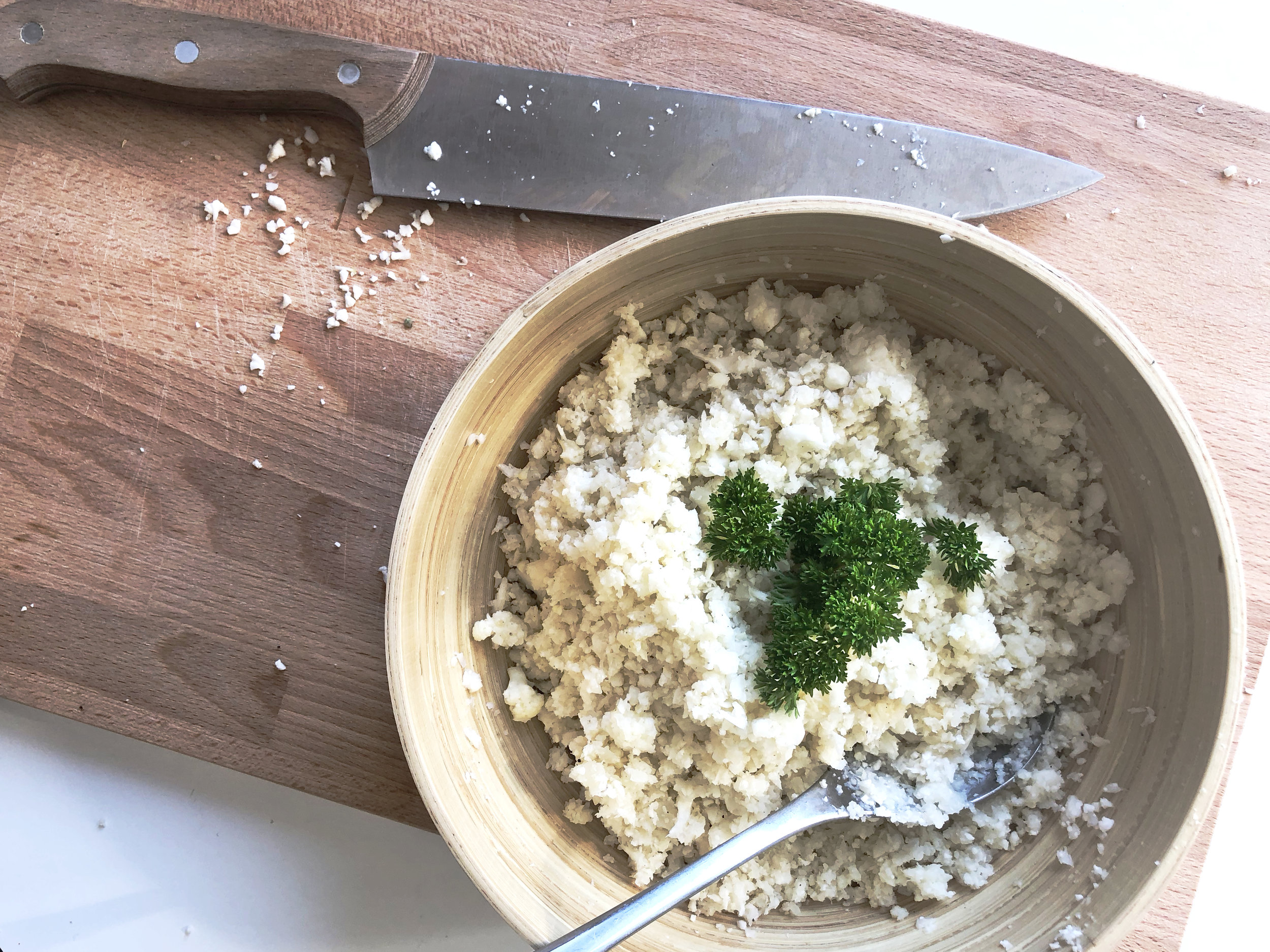 Cauliflower rice is one of my favourite and most versatile side dishes to make. It’s pretty good as a base for most recipes where you would use normal rice, it’s not that tricky to make, and it cooks up really fast! My favourite way to have it is as a base for meatballs in tomato sauce, a curry, or with warming spices for a Moroccan tagine.

Below is my basic cauliflower rice recipe. But you can always use this as a base and add more spices or veggies to make your own creation!

Begin by removing the leaves and stalk of the cauliflower. Roughly chop into florets.

Pulse the blender or food processor until cauliflower reaches a rice-like consistency. Scoop into a bowl and repeat 3 more times with the remaining cauliflower.

Melt the coconut oil in a large skillet or wok over medium heat. Once melted, add in the cauliflower and season with salt and pepper. Cook, stirring frequently, until cauliflower is soft with only a slight crunchy (around 5 minutes).