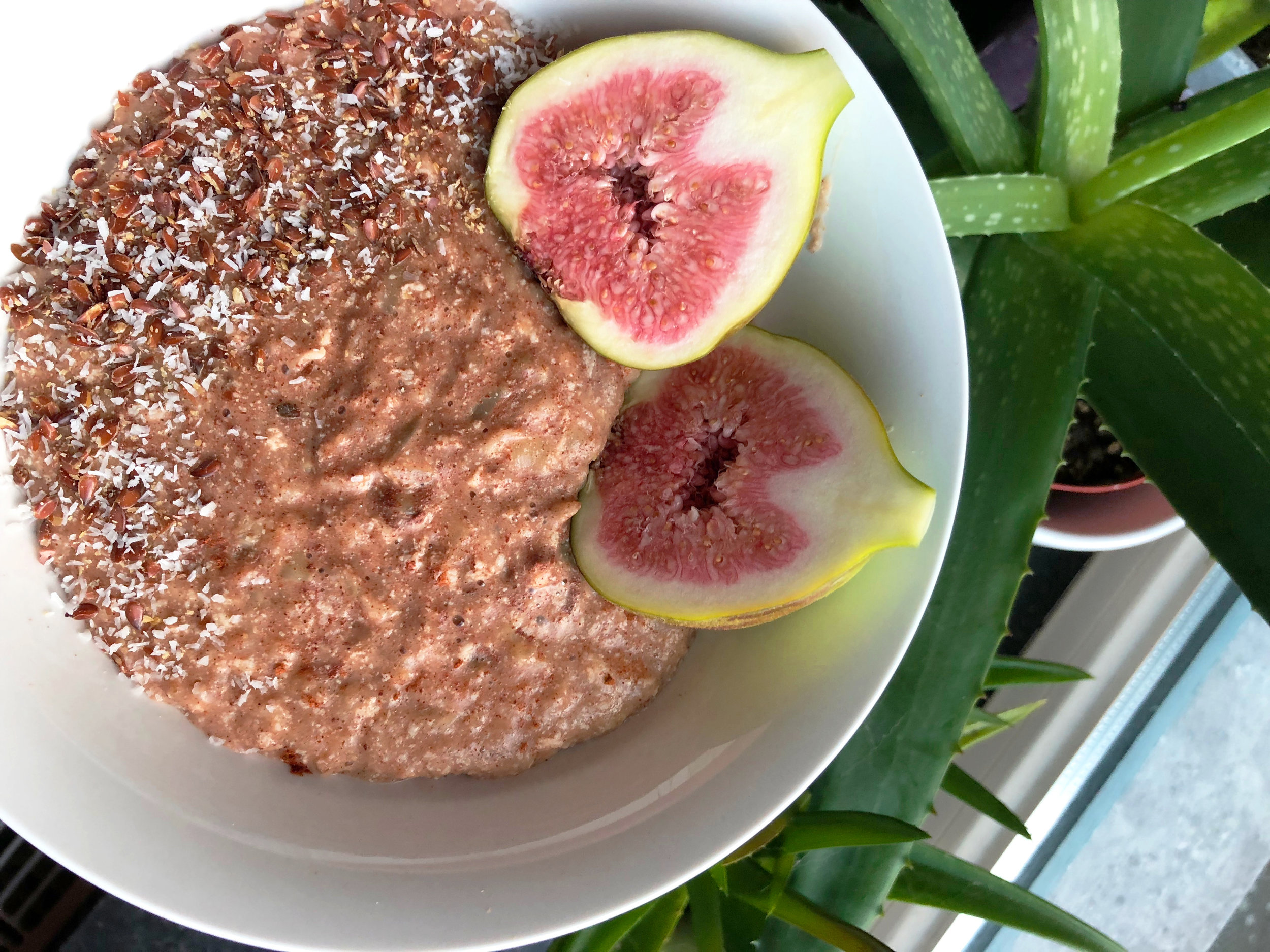 Growing up, it was the ultimate indulgence when I would go into Toronto (the “big city”) on the train with my dad and we would pick up a massive cinnamon bun from the Cinnabon in the train station.

Actually, my love affair with cinnamon buns runs pretty deep – one of my very first email address when I was probably only 11 years old was definitely something ridiculous like “cinnamon_bun_8”!

Even now, I can be pretty heavy handed when it comes to adding cinnamon to any recipe. That’s why I love this oatmeal recipe, it reminds me of those trips on the train, getting sticky frosting all over my hands.

Except of course I’ve made it even easier to indulge in now, adding in some sneaky zucchini to boost the nutrition profile!

Never tried zucchini in your oats before? It will serious change and up level your breakfast game! It works so well with the texture of porridge, and if you peel the zucchini there is really nothing there that give you the impression you’re having veggies for before. I challenge you to give it a try!

In a saucepan over medium heat, mix together the grated zucchini, oats, water, and almond milk. Bring to just a simmer then reduce heat. Allow to cook until soft, around 15 minutes. If necessary add additional liquid if everything is absorbed.

While there is still a bit of liquid left, add in the remaining ingredients and mix well to combine.

Serve immediately with your desired toppings; add more almond milk if you prefer it on the runny side, and adjust sweetness with maple syrup as needed.