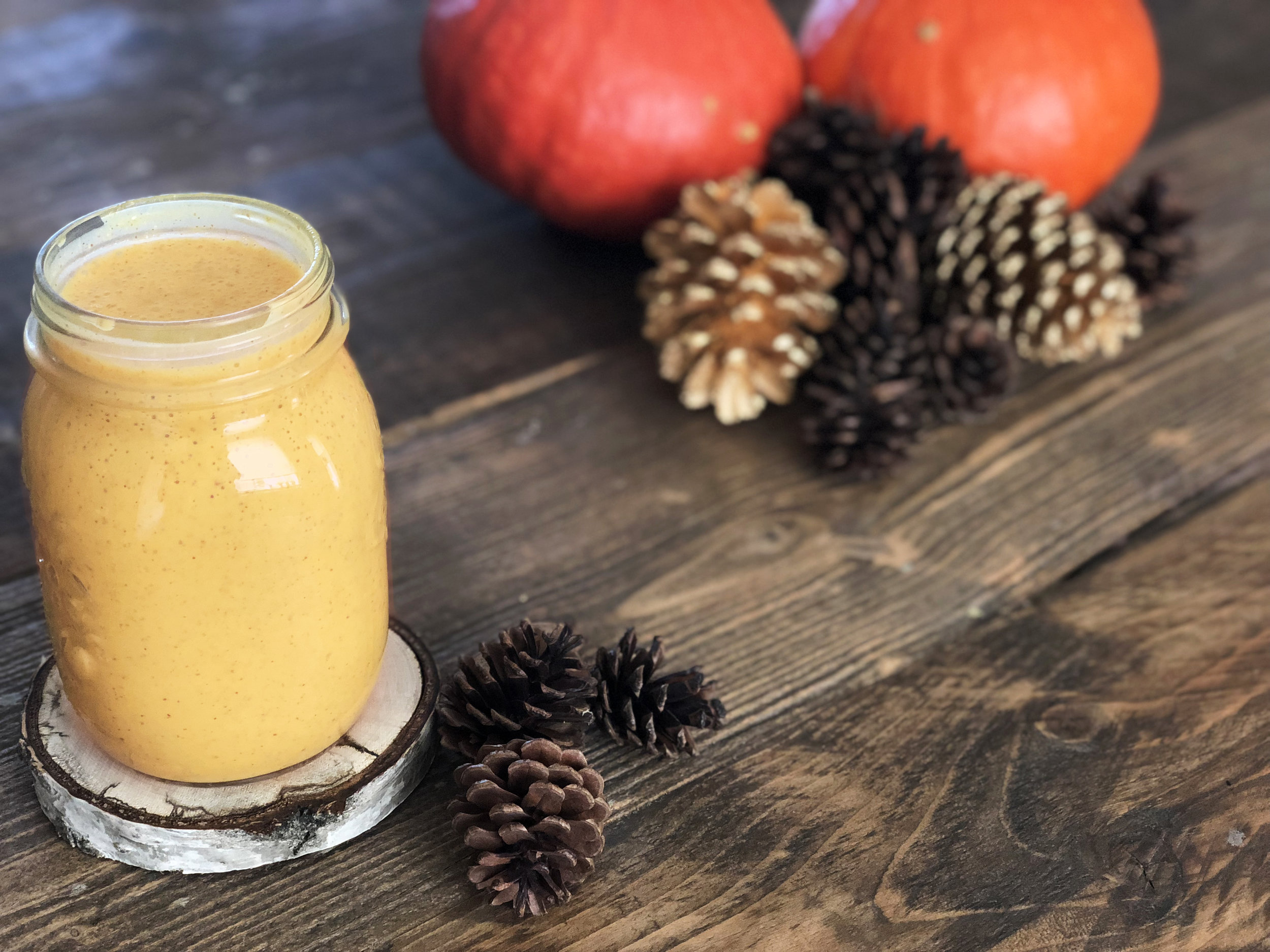 Let’s continue the trend of adding veggies to our smoothies, shall we?

A pumpkin spice smoothie is really what autumn is all about. With all the warming spices in this smoothie, it’s essentially like drinking a pumpkin pie. And to all my non-North American readers out there, you may not have had pumpkin pie before, but I promise you it is absolutely delicious!

I like to use real pumpkin that I’ve roughly chopped up and steamed until soft. But you could definitely also use pumpkin puree – just make sure to read your ingredients list on the can to be sure nothing sneaky has been added in!

For cooking the pumpkin, fill a deep baking tray with around 2cm of water. Then cut the pumpkin in half, scoop out the centre with the seeds, and place cut-side down in the baking tray.

Cook in a 200C / 390F oven for about 40-45 minutes. The meat should be soft when pricked with a fork and come easily away from the skin. Then slice off the skin, roughly chop the pumpkin, and refrigerate for up to a week until needed.

Place all ingredients together in a blender and blend until smooth!

* The banana adds some sweetness to the smoothie, you could start with ½ banana and add more as needed.